In January of this year, images of Prince Harry and Meghan Markle's $3.19million Cotswolds home were captured by a photo agency by helicopter. After the photos were published by a newspaper, The Duke and Duchess of Sussex decided to leave their property as they felt their "security and privacy" were at risk. The couple's "living area, dining area and bedroom" were shown.

Queen Elizabeth's grandson this week released a statement regarding the lawsuit he filed after the incident - and it was read in open court on Thursday morning, noting that he accepted the agency's apology and substantial damages. The Palace also released a short statement that read: "The Duke of Sussex acknowledges and welcomes the formal apology from Splash News and Picture Agency as referenced in the Statement in Open Court today." The court statement read out by Harry's solicitor, Gerrard Tyrrell, noted: "The property had been chosen by The Duke for himself and his wife given the high level of privacy it afforded given its position in a secluded area surrounded by private farmland away from any areas to which photographers have access. The helicopter flew over the home at a low altitude allowing Splash to take photographs of and into the living area and dining area of the home and directly into the bedroom... The syndication and publication of the photographs very seriously undermined the safety and security of The Duke and the home to the extent that they are no longer able to live at the property." 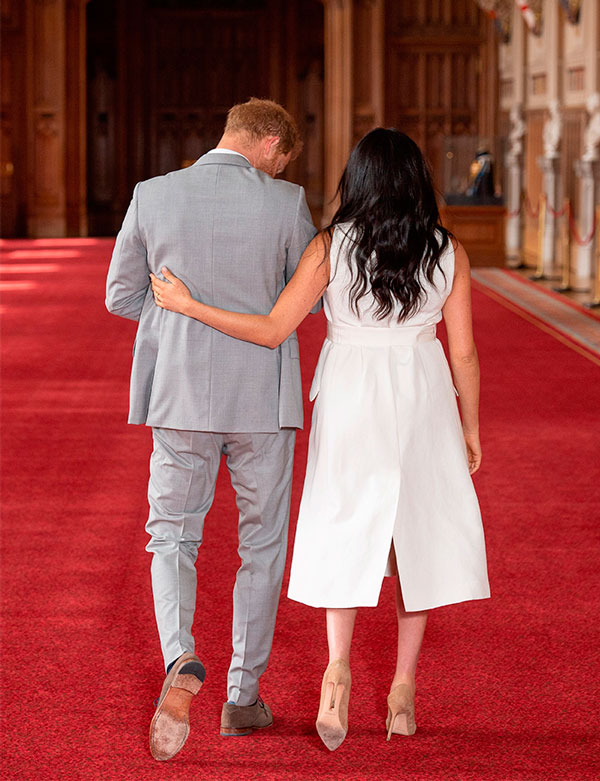 The statement concluded that the agency "will not repeat its conduct by using any aerial means to take photographs or film footage of the Duke's private home which would infringe privacy or data rights or otherwise be unlawful activity".

Splash said in a statement: "Splash has always recognized that this situation represents an error of judgment and we have taken steps to ensure it will not be repeated. We apologize to the Duke and Duchess for the distress we have caused." Last week, Harry's barrister Ian Helme said the Duke had applied for permission to have his statement read in open court. The agency did not oppose this, but raised concerns about its wording. Mr Helme said the agency objected to the part of the statement that said the Sussexes moved out of their property as a consequence of the photographs, arguing that certain newspapers had already published similar photographs.

At the start of April, the couple moved to their new home in Windsor, Frogmore Cottage, where they plan to raise their son Archie Harrison. The couple were previously based at Nottingham Cottage in Kensington Palace, London but would retreat to their country home in the Cotswolds.