Falling in love with “Mr. New York” is all it took for Naomi Watts to relocate to the Big Apple. In Architectural Digest’s March issue, the blonde beauty opened up about finding and renovating her “grown up” Manhattan apartment.

Fifteen years ago, after succumbing to the “pressure” of the New York real estate market, the actress revealed she purchased an apartment in New York’s Financial District. However, after her “bohemian” mother disapproved of it, calling "horrible" with "no character" she packed up and moved to the West Coast.

“But then I met Mr. New York and everything changed,” Naomi admitted. Mr. New York of course is Liev Schreiber, the actress’s partner of more than 10 years. “We fell in love, so I moved here and we lived in his fantastic NoHo place for years,” she said. “We started our family and were quite happy.”

The A-list couple quickly outgrew the space with their two sons, Alexander and Samuel. She revealed, “We knew we wanted space for the kids to grow — and for all of us.” 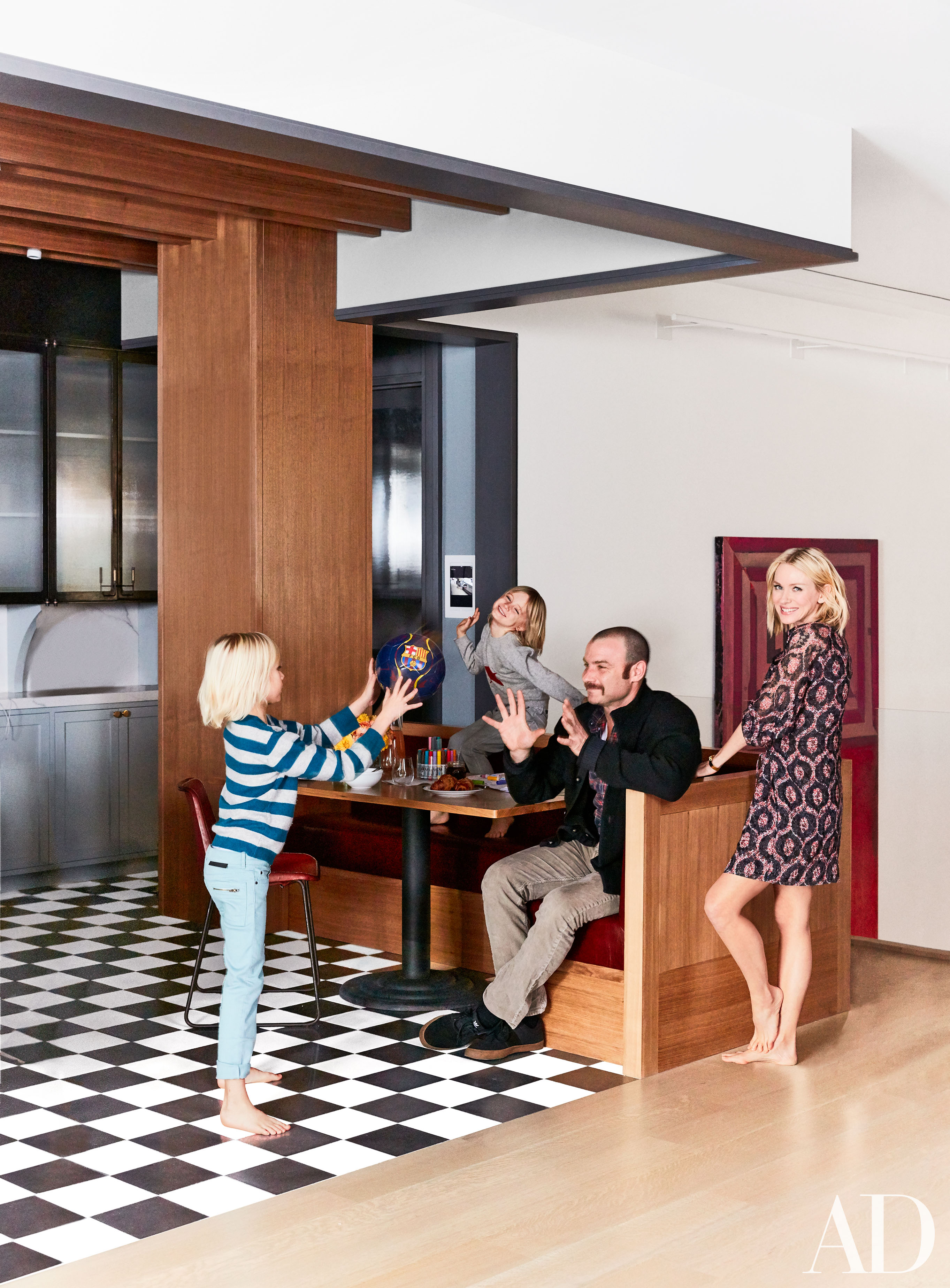 The Diana star then embarked on what she called “a long, long search” to find a new apartment. Ultimately, the couple created a duplex made from two different units that feature an artist’s loft near the Hudson River in New York’s Tribeca neighborhood. “I fell in love with this neighborhood,” the 47-year-old said.

Unfortunately, soon after closing their deal, Hurricane Sandy hit in 2012, preventing the family from entering their property. Once they were finally able to gain access, the couple began the 14-month process of drawing and renovating their new place with the interior decorators Ariel Ashe and Reinaldo Leandro. “This project was design on steroids,” Reinaldo said. “Naomi brought a great eye and taste to the project and was a terrific creative partner.”

The Hollywood couple’s sleek duplex features a library and screening room. “The end result is more than I could have ever hoped for,” Naomi said. “It doesn’t feel so imposing and too grand or fancy. It feels like a real home.”

Watch this video on The Scene.