Rami Malek was one of the favorites of the night... and he won! The actor brought Freddie Mercury to life in the movie Bohemian Rhapsody, the role which allowed him to take home the Oscar for Best Actor for his brilliant performance. However, his nerves may have got the better of him because he suffered a spectacular fall at the gala. After delivering an emotional acceptance speech, Rami descended from the stage and when he was least expecting it, he took a tumble. 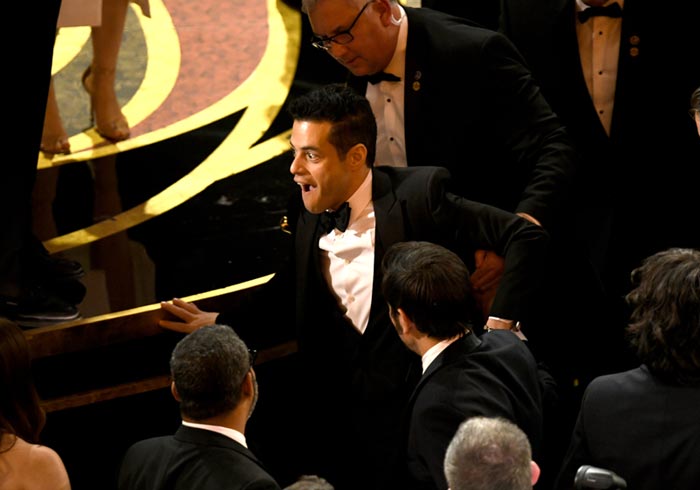 RELATED: The most extravagant looks from the Oscars 2019

The actor had to receive help from friends and even paramedics who came to the Dolby Theater in Los Angeles to tend to him, although apparently, it was just a scare. After seeing these images, Oscar fans may think of Jennifer Lawrence, who slipped during the 2013 ceremony. 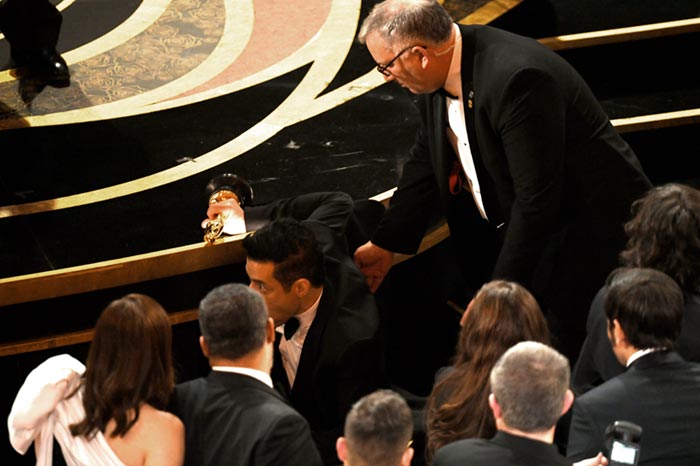 Although Rami's dramatic moment wasn't telvised during the gala, it was captured in photos. In the images it looks like Rami fell to the ground and used the Oscar he had just received to regain his balance on the steps of the stage. Then the paramedics came to help him, but the star was seen sitting in a chair and smiling. He never showed signs of being hurt or in pain when he spoke to the press after the incident. 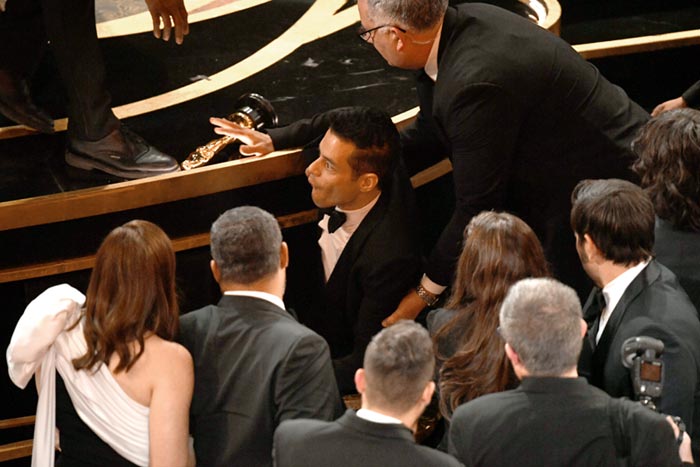 Before the mishap happened, Rami Malek gave one of the most talked about acceptance speeches of the evening. As soon as he heard his name, the first thing he did was kiss his girlfriend, Lucy Boynton, whom he met during the filming of this movie. The actor took the stage and began with these moving words: “My mother is here somewhere, I love you. My father could not be here, but he will be watching from above.” 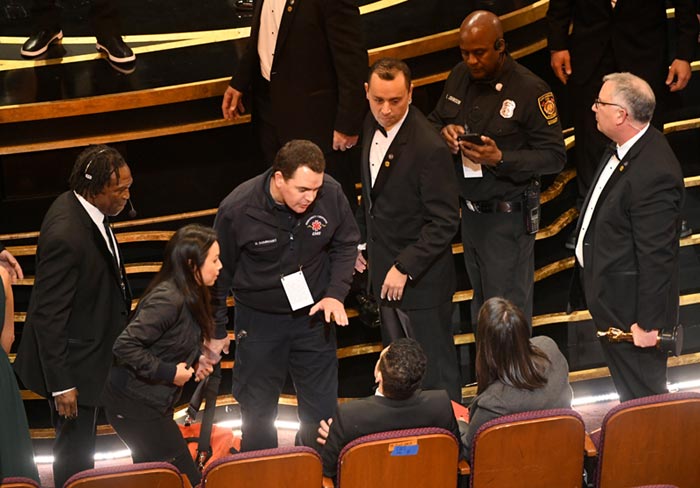 RELATED: Jennifer Lopez and Alex Rodriguez shut it down at their first Oscars together

He also gave his girlfriend - who played Freddie Mercury's fiancée Mary Austin in Bohemian Rhapsody - a romantic shout out: “Lucy Boynton, you are the heart of this movie, you have immense talent and you have captured my heart.” The overwhelming emotion almost didn’t allow him to finish his speech and is perhaps what caused the actor to fall off the stage. It was a night full of moments to remember. With Rami's Oscar win, Bohemian Rhapsody became the most feted film of the 91st edition of the Oscars with four statuettes: Best Actor, Best Film Editing, Best Sound Editing, and Best Sound Mixing.