Kourtney Kardashian and Scott Disick are better than ever. Although the pair are no longer in a relationship, the Keeping Up with the Kardashians star says that she and the father of her children are on good terms. "The idea of having my family together is amazing, but it’s not the way things ended up," the 37-year-old told Cosmopolitan magazine. "They may end up there. I’m not sure. To me, it’s in God’s hands. The magazine's October cover girl continued: "If it’s meant to be, then things will line up… We definitely tried for a long time. But relationships are exhausting! Being able to focus on the kids and me right now is good. We say to each other all the time, ‘I’m the coolest ex-girlfriend/baby mama you could ever ask for!’”

Kourtney and Scott, who are parents to six-year-old Mason, four-year-old Penelope and one-year-old Reign, ended their relationship in July 2015 after Scott's ongoing trouble with alcohol. 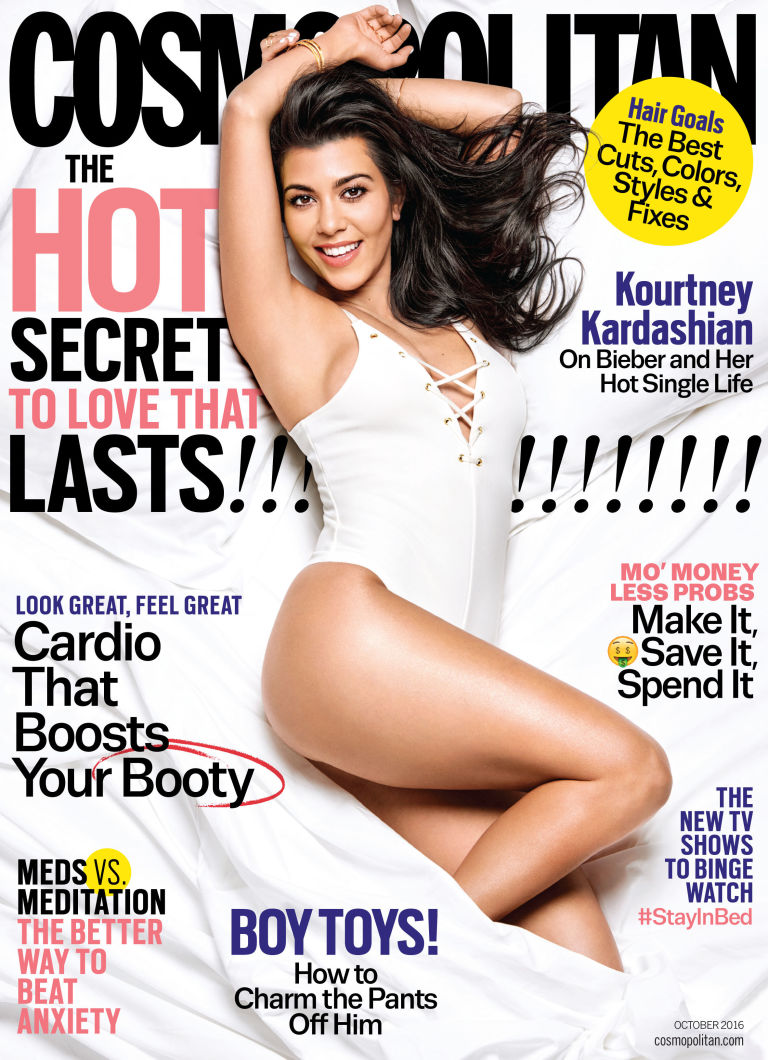 As far as the idea of remaining close if one of them begins a new relationship, the mommy of three says she isn't certain of the outcome. “That’s what I don’t know. We’re so not there yet."

In the future, Kourtney does know that she wants to have more children, but when and with whom isn't up to her. "I would have more," she said. "I could see myself with six kids. I just don’t know what’s in God’s plan.” In April, Scott opened up about his "tough" split from Kourtney after nine years on I Am Cait saying, "It's very tough. You know I made a lot of decisions that weren't great." He continued when asked if there was a chance that the two could get back together, "I don't know. I have absolutely no control over everybody and anybody but myself. All I can do is stay on the right path, and if things are meant to be, then they will be."