Not only does Jessica Biel have her hands full, but she also has anxiety when it comes to taking out her nearly one-year-old son, Silas Timberlake. The mom-of-one admitted that going out to a restaurant with her and husband Justin Timberlake’s son is “terrifying.”

"Since he's so little still and I'm still kind of learning how I do it in a very smooth and like elegant way, it's terrifying," she told E! News. The actress continued, “You get to a place, you want to make sure the diners around you are not being bothered, you're full of anxiety, you're trying to go as fast as you can—you don't enjoy it at all."

Thankfully Jessica is coming to the rescue of new moms with her Los Angeles kid-friendly restaurant, Au Fudge, to erase that uneasy feeling. She said, “We just want you to feel stress free about it and know that they're playing with things that are safe, that we don't use chemicals here, that there's not just a bunch of plastic everywhere and we've really tried to think very thoughtfully about your family because it's our family, too." Mrs. Timberlake celebrated the grand opening of her eatery on Tuesday with her musician husband. The working mom looked chic wearing a strapless, floral embroidered dress to the event presented by Amazon Family.

Prior to the opening, Glee star Lea Michele paid a visit to the West Hollywood spot to sample some of its organic and tasty treats. She praised the food writing, "Thank you so much chef James King for an amazing food tasting today at @aufudge."

Jessica's former 7th Heaven cast members also came out to show their support for the restaurant ahead of its opening. Beverley Mitchell shared a photo with the spot's founder along with Catherine Hicks, Barry Watson and Mackenzie Rosman at the family-friendly restaurant. She captioned the picture, "Love these people like family! #nothinglikefamily #7thheavenforever #aufudge #familyfriendly #getfudgedup." 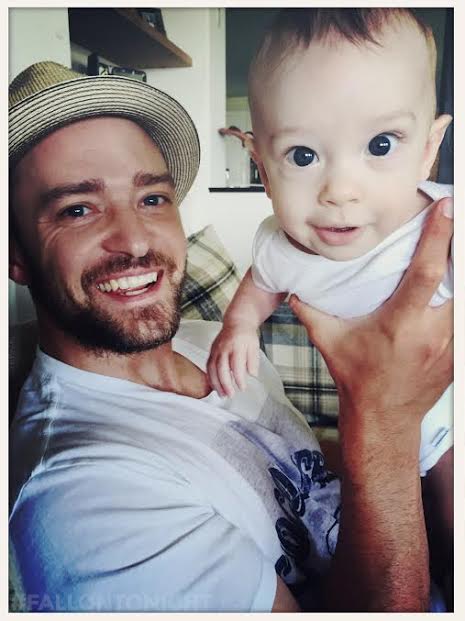 The 33-year-old and Justin welcomed their first child back in April 2015. With Silas’ first birthday quickly approaching, Jessica admitted that she’s yet to come up with celebration plans. She explained, “Honestly we've been so busy here—I literally have no idea what we're doing. What he’s going to be doing”

And as for Sila's birthday cake, the mommarevealed, "He hasn't had any sort of sugar like that, so I don't know. I think I probably gotta start thinking about that.”