Selena Gomez has been speaking out lately about her all-consuming, tumultuous three-year relationship with Justin Bieber. And now it's his turn. In a cover story for Complex magazine's October/November issue, the "What Do You Mean" singer is open and honest about the love affair, which ended in December 2014. 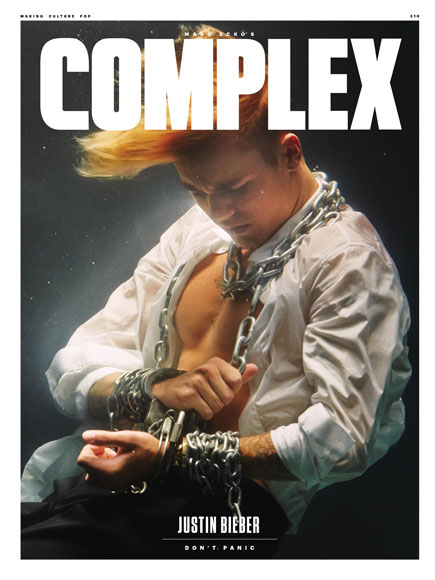 Justin reveals that the pair moved in together when he was just 18. "[I] started my own life with her," he said. "It was a marriage kind of thing. Living with a girl, it was just too much at that age."

The young couple's relationship was very volatile. "When stuff would happen, I would lose my freakin' mind, and she would lose her mind, and we would fight so hard because we were so invested in each other," he said. "Love is a choice. Love is not a feeling. People have made it seem in movies that it's this fairy tale."

As he continues to grow up, Justin is learning along the way. "I can’t lean on people. I got to lean on God," he added. "I gotta trust in him through all my situations. Then, hopefully, my other relationships will flourish around me.” Selena and Justin were on and off for several years Photo: Getty Images

As for if the singer has moved on? “I’m kind of seeing this girl, right?” he admitted. “I’m shy about doing or saying certain things, and then I say it and it’s not even a problem. And I’ll remember when I couldn’t.... You’re just scarred and you don’t do something because in your last relationship they’d freak out, but [the new person is] just like, ‘What are you talking about?’”

In an interview in the October issue of Elle magazine, Selena, 23, said that she will "forever support him and love him," adding that they "grew up together."

The exes were spotted having dinner together in a Snapchat video in May, but when asked if they would ever get back together, Selena said, "I don't know!"

Earlier this month, Justin admitted that he hasn't been in a relationship for a while now. "I got my heart broken," he said. "I'm just trying to let that heal up."