Though cosmos were her fave drink on Sex and the City, Sarah Jessica Parker has finally landed the cover of the cocktail's namesake magazine for the first time. The 50-year-old actress graces the front page this month's Cosmopolitan wearing a form-fitting pink dress, as she talks feminism, her infamous Instagram post and reactions to her talked-about headpiece from the Met Gala. 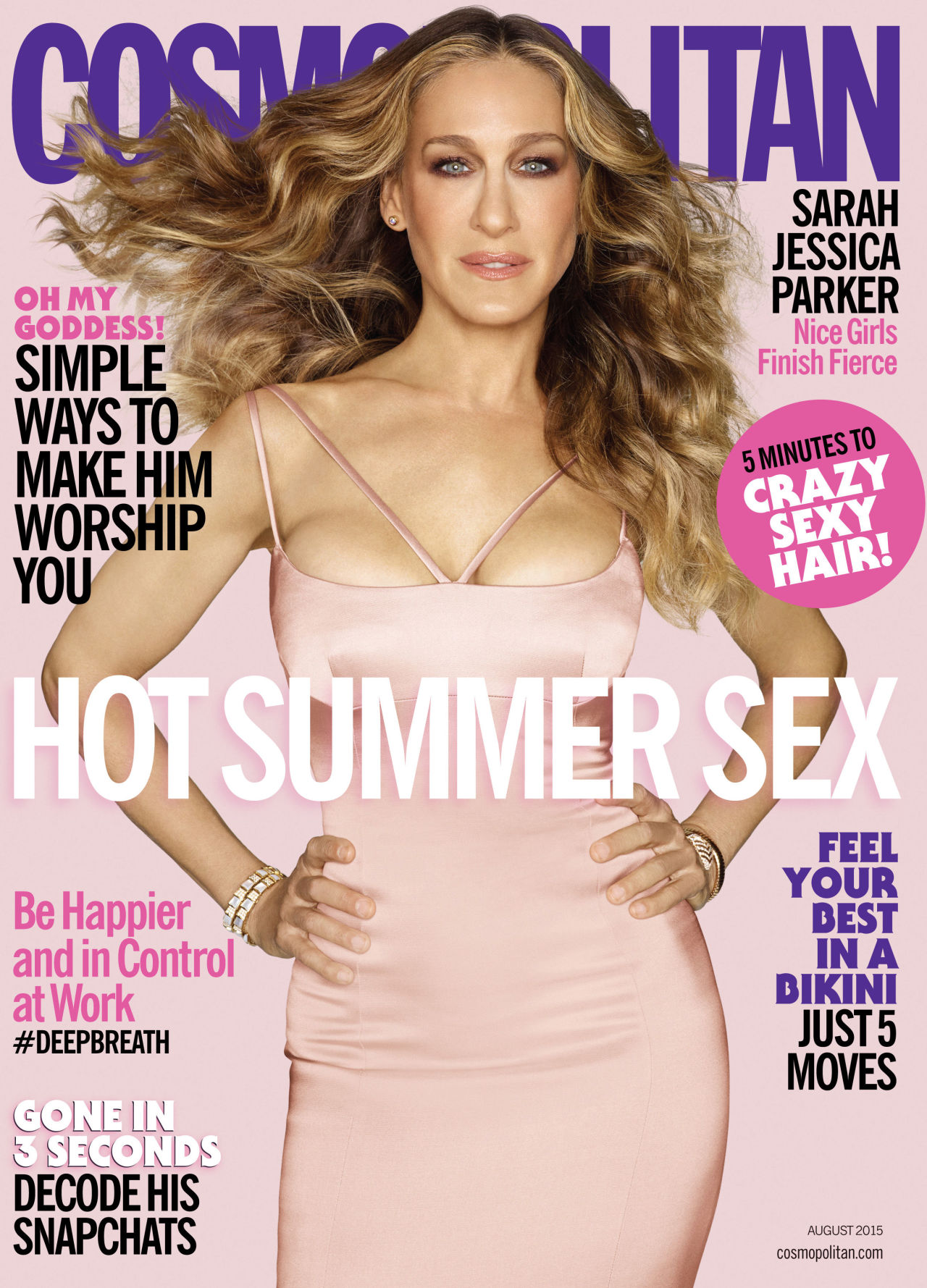 In the issue that hits newsstands on July 14, the former Sex and the City star reveals that she has her own reasons for not identifying as a feminist, but a humanist instead.

"As [playwright] Wendy Wasserstein would say, I'm a humanist," says the mother of three. "I'm enormously appreciative of the work that my mother's generation did. We are the beneficiaries of a lot of disappointment, heartache, discouragement, and misunderstanding. But I see a lot of people trying to sort out their roles. People of color, gays, lesbians, and transgenders who are carving out this space. I'm not spitting in the face or being lazy about what still needs to be done – but I don't think it's just women anymore. We would be so enormously powerful if it were a humanist movement.”

"I never saw it as flames!" she says of her much talked-about headdress from the Met Gala Photo: Getty Images

Another hot topic for the former Carrie Bradshaw was those rumors she inadvertently sparked over Sex and the City 3. On May 12, Sarah Jessica posted an Instagram pic that had SATC lovers believing a new movie was in the works. The shot showed her leaving Bloomingdales wearing a very Carrie-like outfit with the caption: "Well. I guess the cat’s out of the (little brown) bag. As usual, we will keep you posted on every detail as we are able. I’m under strict gag order until then. Xx, Sj.”

Well. I guess the cat's out of the (little brown) bag. As usual, we will keep you posted on every detail as we are able. I'm under a strict gag order until then. Xx, Sj

Turns out the image was intended to tease the fact that Sarah Jessica's eponymous label, SJP Collection, is now carried at Bloomingdale's, much to the dismay of SATC fans.

"Oh my god. When I posted that picture and people were in a rage at me, I was shocked," she explains. "They were convinced I had been taunting them. I'm not that clever! And to what end would I relish dangling this idea and then saying there's no movie? I'm still finding people and being like, 'No @BoobityBopBeep! Why would I hurt you?' I've never been a mean girl.”

Moving from rumors to memes, Sarah Jessica's headpiece at the 2015 Met Gala was the subject of many. "The one thing that I saw, which was so amazing – my son showed it to me – was my headpiece cooking Rihanna like an egg," says the style icon. "Can I tell you something though? I never saw the headpiece as flames, I never saw it!”